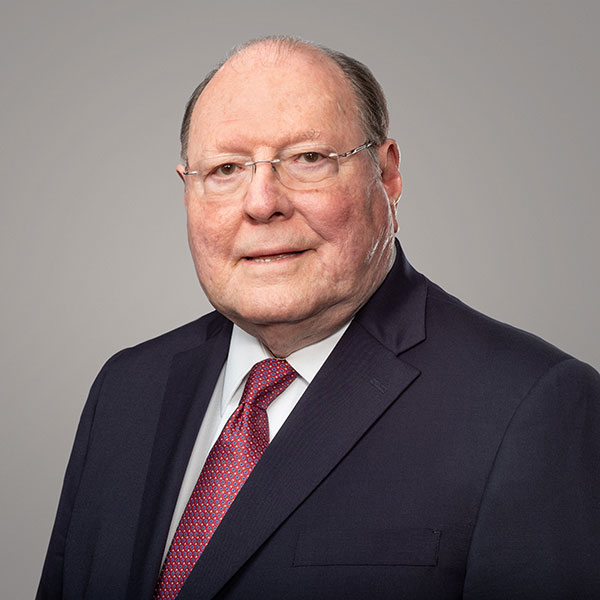 Mr. Cox was admitted to practice in 1968 and joined Blanchard Walker in 1970. His practice involves labor and employment law, estate planning and elder law, and mediation. He is a member of the Louisiana Association of Defense Counsel, serves on the Corporate Laws Committee of the Louisiana State Bar Association and is a Master of the Harry V. Booth American Inns of Court. Mr. Cox earned his undergraduate and law degrees from Louisiana State University in Baton Rouge, Louisiana, where he was a member of Order of the Coif, Omicron Delta Kappa and the Louisiana Law Review. Mr. Cox has served as President of the Shreveport Bar Association and The Committee of 100, a nonpolitical, nonprofit membership group organized as an educational, civic and charitable organization whose members are the highest-ranking local executives of businesses and professional enterprises in Northwest Louisiana as well as serving as Chair of the Louisiana Attorney disciplinary Board. Additionally, he has served on the Boards of Holiday in Dixie, The Shreveport Symphony and Northwest Louisiana Legal Services Inc. Mr. Cox is the recipient of the Valley Forge Freedom Foundation George Washington Medal and is listed in "Who's Who in American Law" and "Who's Who in America." In addition to the state courts of Louisiana, he is admitted to practice before the United States Supreme Court, the United States Courts of Appeals for the Fifth, Eighth and Eleventh Circuits, and the United States District Courts for the Eastern, Middle and Western Districts of Louisiana and the Eastern District of Texas. He is licensed to mediate disputes in Louisiana. Mr. Cox has represented clients such as: Querbes & Nelson, Red River Motor Company, Eldorado Resort Casino Shreveport, and The Letum Group. Mr. Cox is a Director of Blanchard Walker and may be reached at (318) 934-0243.