Founded in 1917 as Goldstein & Walker, a partnership of Elias Goldstein and Henry C. Walker, Jr., the firm quickly became a major player in the growing economy of North Louisiana, spurred at that time by the emerging oil and gas industry. Within a year Goldstein & Walker added as a partner former Louisiana Governor Newton C. Blanchard, becoming Blanchard, Goldstein & Walker. With the addition of Leon and Arthur O’Quin and after the death of Goldstein, the name was changed in 1963 to Blanchard, Walker, O’Quin and Roberts, informally known as Blanchard Walker. A branch office was established in Bossier City in 1993, and the wholly-owned Sun Belt Title Company was incorporated in 1997.

Founded in 1917 as Goldstein & Walker, a partnership of Elias Goldstein and Henry C. Walker, Jr., the firm quickly became a major player in the growing economy of North Louisiana, spurred at that time by the emerging oil and gas industry. Within a year Goldstein & Walker added as a partner former Louisiana Governor Newton C. Blanchard, becoming Blanchard, Goldstein & Walker. With the addition of Leon and Arthur O’Quin and after the death of Goldstein, the name was changed in 1963 to Blanchard, Walker, O’Quin and Roberts, informally known as Blanchard Walker. A branch office was established in Bossier City in 1993, and the wholly-owned Sun Belt Title Company was incorporated in 1997.

meet those needs. Today, Blanchard Walker offers a diverse array of legal services to its corporate and individual clients and is comprised of a motivated and dedicated team of lawyers and staff whose talents and experience benefit clients in many practice areas. The firm blend traditional values with innovative practice concepts and, as always, a dedication to the law and to clients.

Blanchard Walker is committed to delivering prompt, efficient and results-oriented legal services to clients. The firm has received an AV rating (the highest rating) from Martindale-Hubbell. The performance of Blanchard Walker’s lawyers and staff has attracted the attention of attorneys throughout the country who frequently discuss cases with us and refer to us discerning clients from throughout Louisiana and the United States. 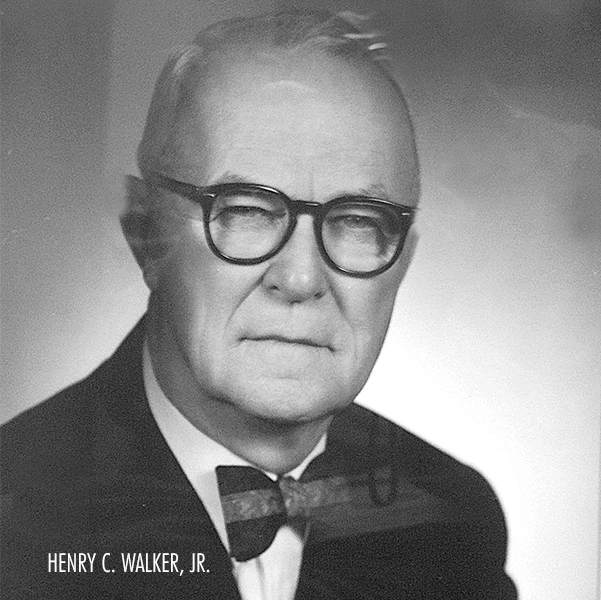 In 1928, Mr Walker became General Counsel of a major oil and gas conglomerate headquartered in Shreveport, an event of some importance in the history of the firm. The client included several oil, gas and pipeline operating companies and subsidiaries, with a major natural gas company named Arkansas Louisiana Gas Company (later Arkla, Inc., the NorAm Energy, then Reliant Energy, then CenterPoint Energy), and a much larger oil company named Arkansas Fuel Oil Company (later Cities Service Oil Company). Collectively, the group of corporations and their subsidiaries were known as “The Arkansas Companies” and they operated all over the southern part of the United States, from Texas to Virginia,

By the early 1930s the massive amount of legal work generated by the growing multi-state operations of the Arkansas Companies became more than Mr. Walker’s law firm could handle at one time in those days. To meet his responsibilities as General Counsel for a client of this size he established an in-house “Legal Department” to jointly serve all the Arkansas Companies, which he staffed with Louisiana and Texas attorneys functioning under his supervision. Among the lawyers employed by Mr. Walker in his branch “Arkansas Companies Legal Department” were Robert Roberts, Jr. in 1934 and Gilbert Hetherwick in 1949. 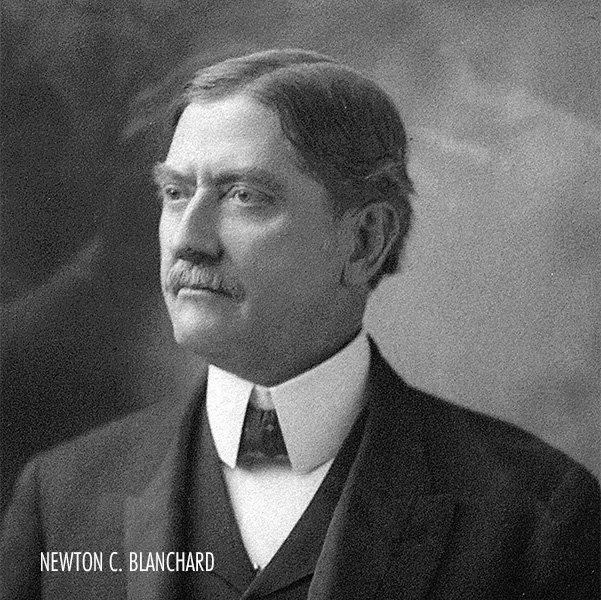 Blandard Walker started with a firm foundation. Newton C. Blanchard opened his law office in Shreveport in 1871, shortly after graduating from law school. In time he would also serve the area in many other ways as well: first as the youngest delegate to the Constitutional Convention of 1879, then as Congressman, United States Senator, Louisiana Supreme Court Justice, Governor, and President of the Constitutional Convention of 1913. 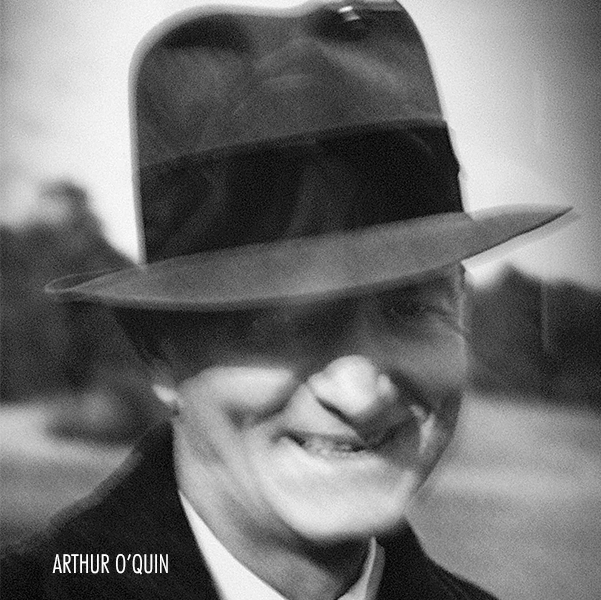 Arthur (“Mickey”) O’Quin, Leon’s younger brother, received his A.B. degree from Louisiana State University in 1917 and was captain of the LSU football team that year. After college, Mickey enlisted in the army and served in World War I as a Lieutenant in the field artillery in France. After the war, he entered LSU law school and graduated in 1920.

The O’Quin brothers handled much of the early litigation that established the oil and gas jurisprudence of Louisiana. 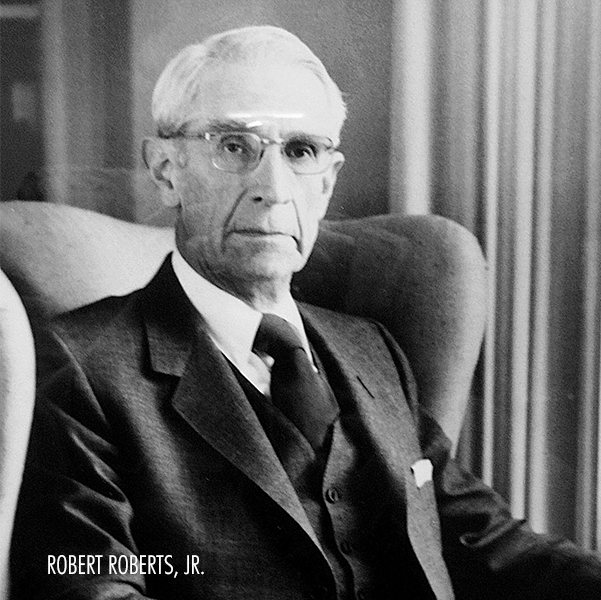 In 1953, after a long anti-trust proceeding, the Securities and Exchange Commission issued an order requiring that the gas company be spun out of the Cities Service system and established as a completely independent company. That resulted in Messers. Roberts and Thetherwick joining the firm. After Mr. Walker died in 1963, Robert Roberts, Jr. became the guiding hand of the law firm. Although Mr. Roberts spent his entire professional life in Shreveport, he enjoyed a national reputation for professional excellence in corporate law and regulatory matters.

The firm has been an important part of the Northwest Louisiana for all of its 99 years. Its roots are deep. Its founders established a heritage of excellence and community business involvement that permeates the firm’s lawyers and staff. We owe great homage to these early leaders of northwest Louisiana, whose influence extended long beyond Louisian’s borders and their lifetimes. 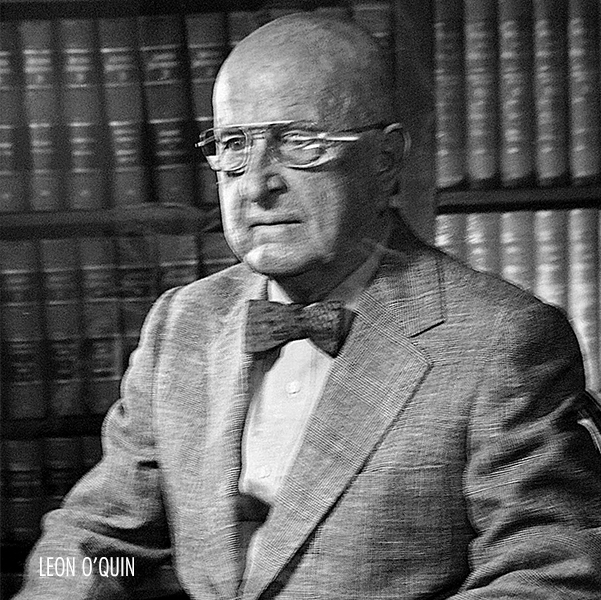 Leon O’Quin was born on August 3, 1892. After graduating from Washington & Lee University, he received his law degree from Louisiana State University in 1915. He served as a Captain in the field artillery in France during World War I. After the war he studied civil law at the Sorbonne University of Paris until he returned to Shreveport in 1920 to join Blanchard, Goldstein & Walker. Through his efforts, the firm became the principal legal advisor for The First National Bank of Shreveport (“The Oldest Bank in Louisiana”), a mutually beneficial relationship that continued for many years. 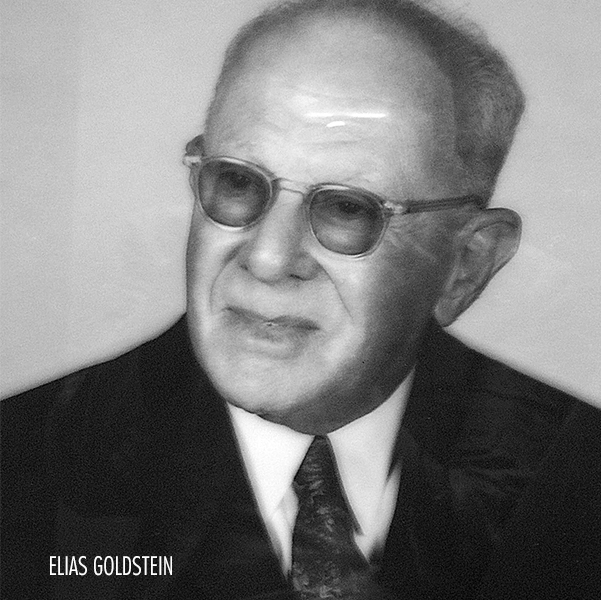 Elias (pronounced ELL-ias) Goldstein moved to Shreveport as a very young boy. His father, Samuel Goldstein, became known as the “Father of Caddo Parish Public Schools.” Elias later would help spearhead the school lunch and milk distribution programs in the Caddo Schools. Mr. Goldstein studied for the Louisiana bar in the offices of his brother-in-law, Sidney Herold, a celebrated local attorney. Mr. Goldstein was admitted to the bar in 1907 and in 1914 he began his life-long association with Henry Walker in the practice of law.

Let’s See How We Can Help.

Reach out to our team of knowledgeable and skilled legal representaion at Blanchard Walker to schedule an appointment.

Contact Us
We use cookies on our website to give you the most relevant experience by remembering your preferences and repeat visits. By clicking “Accept All”, you consent to the use of ALL the cookies. However, you may visit "Cookie Settings" to provide a controlled consent.
Cookie SettingsAccept All
Manage consent