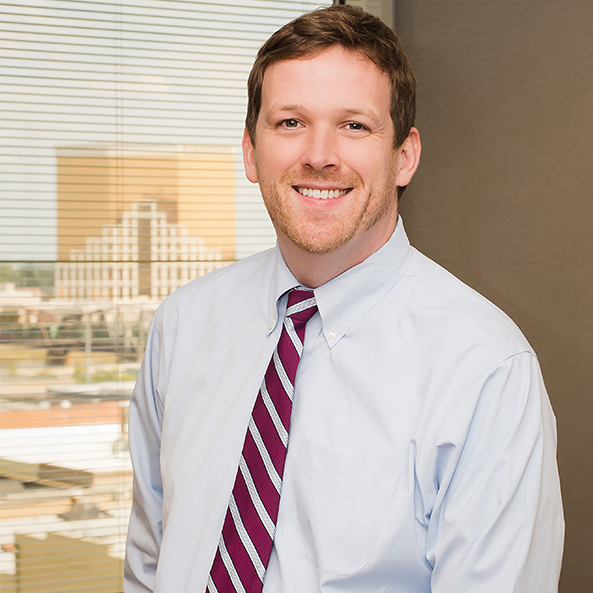 This month, we celebrate Brian Flanagan’s 3rd anniversary at Blanchard Walker. Brian joined the firm in September of 2013, was admitted to practice the same year, and is currently an Associate of the firm. He practices in the area of general civil litigation and appellate representation.

Brian currently serves on the Advisory Board for the Renzi Arts and Education Center, and previously served on the Board of Directors of Catholic Charities from 2013-2016. He is a Fellow of the Louisiana Bar Foundation, and member of the Harry V. Booth and Judge Henry Politz American Inn of Court. He served as Law Day Chairman 2016 for the Shreveport Bar Association. He is also a representative of Blanchard Walker for the Independence Bowl Foundation. Most recently, Brian served as one of two editors for Professor Patrick S. Ottinger’s Louisiana Mineral Leases: A Treatise, published in June 2016.