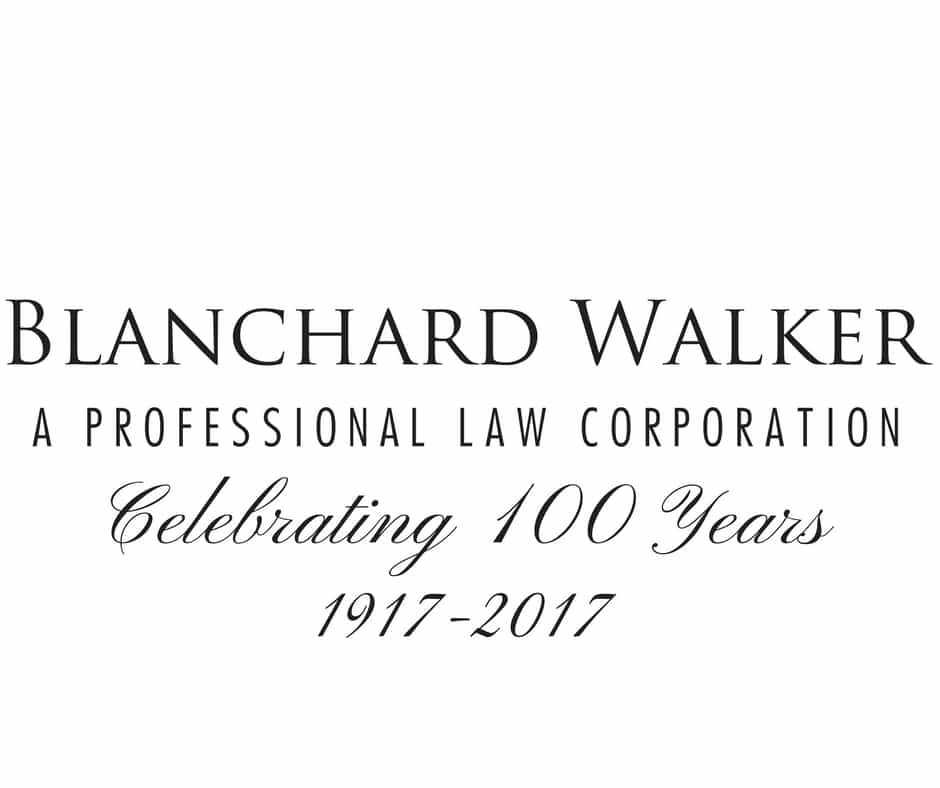 Blanchard Walker is celebrating its centennial year having operated continuously since 1917.

Founders Henry Clay Walker, Jr. and Elias Goldstein formalized an existing arrangement by entering into a partnership agreement creating the firm under the name Goldstein & Walker in 1917. Governor Newton C. Blanchard merged his practice with the two younger men on November 18, 1918, which quickly became widely known and respected throughout Louisiana as Blanchard, Goldstein & Walker.

The firm changed its name to Blanchard, Goldstein, Walker & O’Quin in 1929 to recognize Leon O’Quin, who had joined the firm in 1920, and his brother Arthur O’Quin, who joined in 1922. Robert Roberts Jr. began his relationship with Henry C. Walker, Jr. in the Arkansas Companies (ultimately Arkansas Louisiana Gas Company) Legal Department, a relationship that changed to partnership in the law firm in 1953.

Blanchard Walker President W. Michael Adams, who has been at the firm since 1974, reflected on the firm’s rich history, “We current lawyers at Blanchard Walker stand on the sturdy shoulders of giants of our community, banking, energy, and real estate, as well as the legal profession. We are proud to continue the tradition of excellence at Blanchard Walker as it enters its second century.”